More than any other machine in human history the aircraft has become one of the driving forces in transportation, travel, global economics, trade and prosperity. It has broken barriers of time and distance and still pioneers the path for new innovations and technologies. Since the beginning of air travel, cost reduction and safety are the most important contributors for the development of new air transport systems.

The unprecedented growth in air travel and transportation has generated a large number of diverse aircraft types which have created vast challenges of their own. These range from efficient traffic management, optimal utilization of ground facilities to aircraft operating corridors and beyond.  The recent past has shown advances in technology that have opened up the tantalizing prospect of aircraft which do not require a pilot on board as they can be controlled remotely and also operate autonomously. This has stimulated the Unmanned Aerial Vehicles (UAVs) market.

The idea that an aircraft no longer requires an on-board flying crew allows for flight missions previously deemed impossible: such as multi-day endurance monitoring flights. The redundancy of flight crews allows for lower operating costs and also reduces the exposure for challenging and risky operations. From the perspective of steering an aircraft, a trained pilot can oversee many aircraft at the same time from the ground station and intervene in operations if necessary. This makes the operation of a large fleet not only possible, but economically feasible for many different scenarios.

Until recently the use of large scale UAVs was restricted to the military. The rise of commercial interest in UAVs driven by commercial operations such as last mile goods distribution, aerial survey and entertainment productions has caused a market explosion with UAVs being proposed for a much wider range of operations than previously envisioned.

At the Aerospace Engineering department of the FHWN, several labs/workshops are dedicated to the research and development of conceptual aircraft design and manufacturing.

FHWN has developed its own wind tunnel laboratory as part of the education & research for low-speed applications. This has been used by the students for various projects. 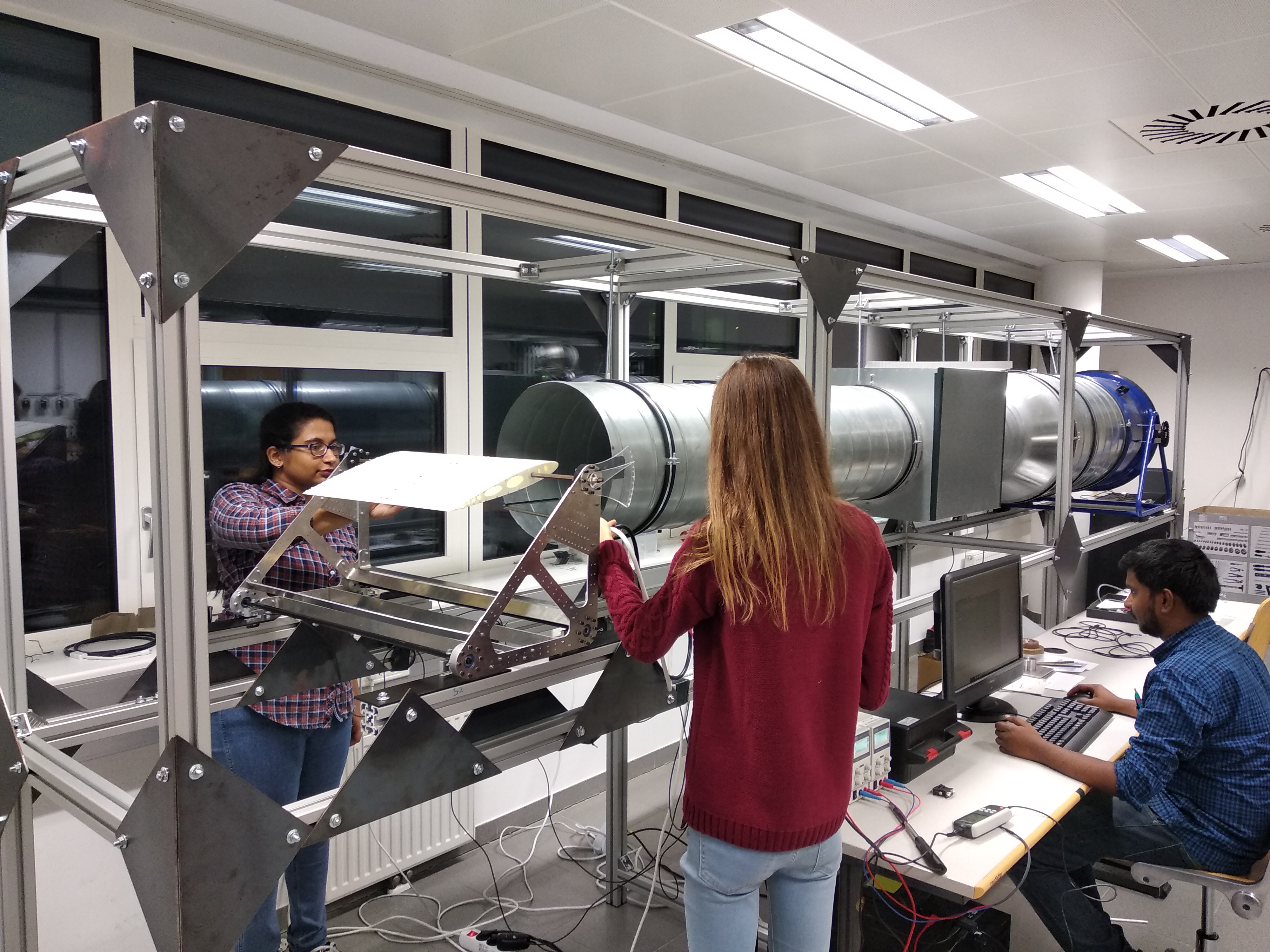 Composite workshop at the FHWN has been equipped with a small-scale autoclave as well as a CNC machine for manufacturing GFRP and CFRP parts as part of various student projects as well as for assessing the student for its associated courses.

At the FHWN a dedicated lab with several high-performance computers has been set up for designing, computational fluid dynamics, structural analysis, and various other simulations in space and lightweight constructions.

The mechanical lab is equipped with state-of-the-art tools and equipment for working with sheet metal. It has been extensively used for developing various models, structures/prototypes for Aerospace Engineering projects.

FOTEC operates a modern and state-of-the-art laboratory for additive manufacturing (3d printing) of metals and polymers. Since 2010 highly complex prototypes and structural parts are designed and manufactured at FOTEC by laser beam melting. Several models, such as wing models, aircraft models, have been 3D printed at this facility which has been used for wind tunnel testing.